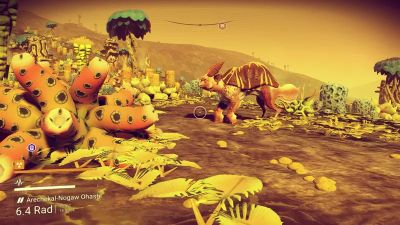 In August of the year 2016, the game No Man’s Sky, developed by Hello Games, was released upon an excited and hopeful playerbase who had – through every gameplay showcase and trailer shown – waited for what seemed to be a masterpiece in waiting for them. What was given to them instead was a bug-riddled, repetitive, and somewhat aimless game. One that, while respectable in terms of its procedural generation tech, felt empty and artificial. Add in the lack of promised features at release, and one can pretty much see the impending disaster coming.

The resultant blow-back from everyone, be it the gaming journalists or the average gamer, was immense. With numerous middling reviews on launch from major publications, and even worse reception from players. The number of peak players per month dropped considerably. Going from hundreds of thousands to a mere thousand or two thousand in just months. In many ways the game seemed poise to die a quick death among a period of high-profile releases. So, with all that in mind, how is it that new life seems to have been breathed into what was the biggest gaming disappointment of 2016?

From the Brink of Disaster.

At current, No Man’s Sky’s peak players has risen into a consistent ten thousand per month on the Steam Charts, with occasional bursts of popularity once every few months. It’s release on Xbox Game Pass also brought with it one million new players in just a month. The most recent years have also seen a slew of awards coming in for the game. Including an “Evolving Game” award from the British Academy Video Game Awards, hosted by the British Academy of Film and Television Arts (yes, the BAFTA). It’s honestly a stunning turn of events for a title spurned by the gaming industry just a few years ago. Perhaps looking at this turn can illustrate how? A view of a planet in No Man’s Sky after the Next Generation update.

It’s not the only title to achieve this either. Cyberpunk 2077 – developed by CD Projekt Red and released in-between December 2020 and February 2021 – was equally hyped up upon being released. Only to be unleashed onto the gaming industry in an extremely poor state. Riddled with bugs on most current-gen systems and downright unplayable on the PS4 and Xbox One. Its release, as well as information surrounding CD Projekt Red at the time, led to mass ridicule for the title. Yet, since the last quarter of 2021, Cyberpunk 2077 has slowly been regaining its playerbase. Reaching a new high on Steam in this month (September 2022) alone. Not to the same extent as No Man’s Sky, but similarly enough that it’s noticeable. How is this possible for both games?

How to Redeem A Game.

The writing is easy to see on the wall if you look at the history of both games since their respective releases. For No Man’s Sky, its consistent returns can be explained through dedicated patches and new content releases. From the Foundation Update in November 2016, Hello Games has committed to adding in promised features that didn’t make it in on release, including base building, the ability to customize your character’s appearance, and the long-desired multiplayer gameplay. Hello Games has worked to fix up the flaws and absences in its game, while continuing to support the title, and all without charging it’s players a cent for the new content. 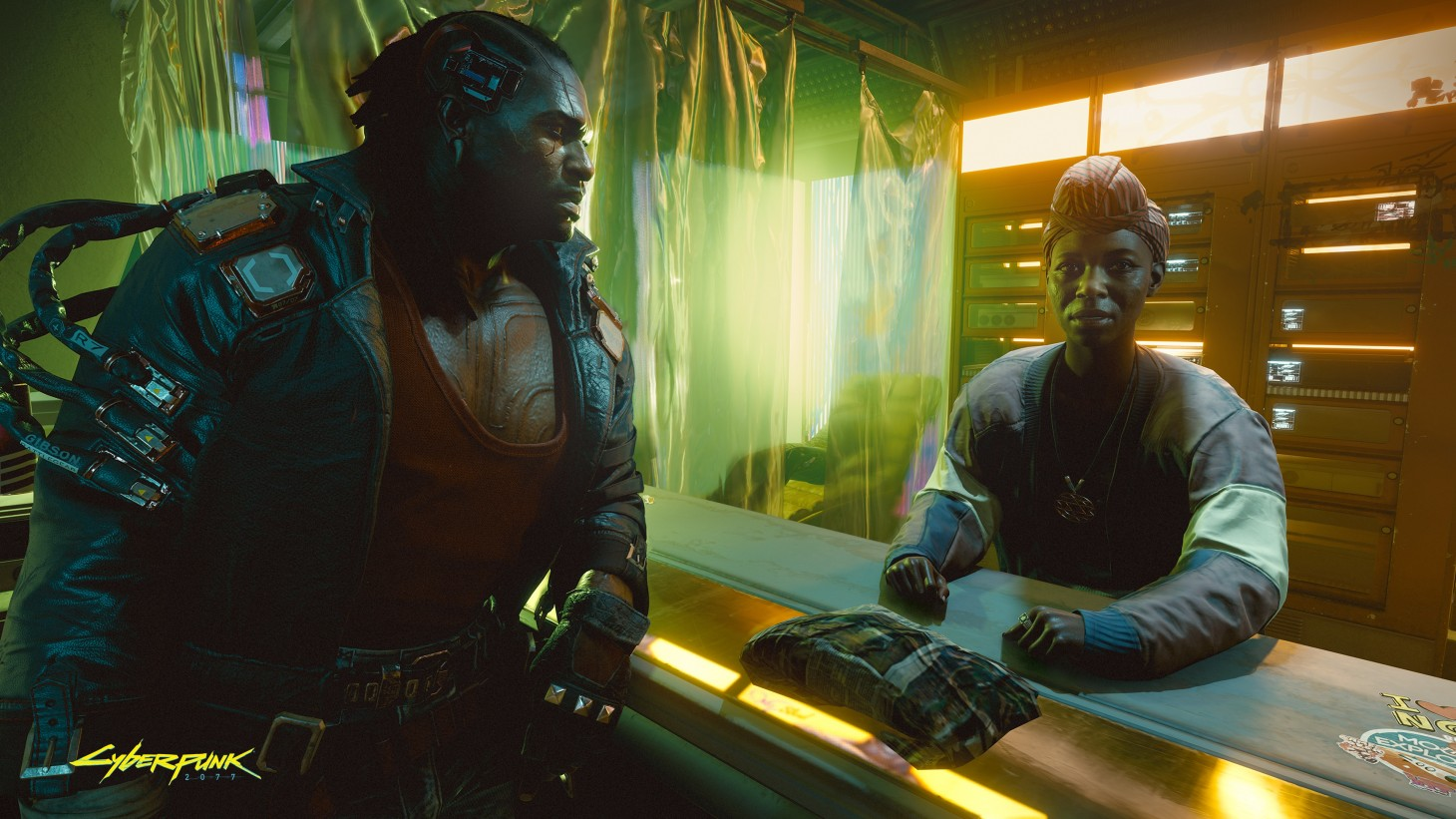 Screenshot of two NPC’s in Cyberpunk 2077.

Cyberpunk’s case was much the same, albeit to a lesser extent with patches and updates that both fix numerous bugs present in the final product and add in heavily requested features and additions. The most recent addition being a form of transmog for your character. Yet the most recent reason for Cyberpunk’s recent explosion of players is a line-up of not only fixes, but new content announcements and supplementary material. The release of a spin-off anime series on Netflix that’s been praised and applauded by critics and fans, and the reveal of an upcoming expansion have shown a glimpse of hope for the world of Cyberpunk 2077 in turn drawing old players back into the game and bringing in new players wanting to experience more.

The revival of these two titles after their disastrous launches is nothing short of admirable. In a time where similar video game failures – such as Anthem and Babylon’s Fall – have been abandoned by their developers in just under two to three years at best. Hello Games and CD Projekt Red’s commitment to fixing their games and developing them further is something to be recognized and respected. However, this does leave a lingering question at hand: are Hello Games and CD Projekt Red deserving of that redemption?

Even with the recent goodwill afforded to these two developers, the fact of the matter is that both still released their games in an unfinished and, in some cases, unplayable state. Both games, released amidst considerable hype, have become a cautionary tale of how many video game companies are willing to release their titles in a half-baked state and finish up development later. A practice that many players scorn and refuse to support. Even more so, both games were released with numerous broken promises and missing features. Directly lying or keeping quiet and obtuse about their inclusion.

It’s clear that Hello Games and CD Projekt Red both are incredibly guilty for the state of their games at launch. Despite a buildup of trust and goodwill from their playerbases with their earlier releases (the Joe Danger games for Hello Games, and the Witcher trilogy for CDPR). Many players are adamant in never putting their faith in either developer ever again or never giving the games another chance.

For CD Projekt Red, it’s an even worse case against them. As the poor release of Cyberpunk 2077 was further compounded by controversy: revelations of crunch for the developers, poor representation of transgender characters and themes, and a kerfuffle regarding refunds that completely blindsided Sony and Microsoft. Subject discussion that tanked CDPR’s reputation as a company after years of being seen as “for the gamers”. Even Hello Games itself, for all it’s faults regarding No Man’s Sky’s release, were never as bad as this.

No matter what either company can do to salvage their game, it’s an unavoidable fact that their unfinished releases of their games have left a black mark on both companies. Both leaving the legacies of each irrevocably tainted. It’s clear that, even with the hard work put in to fixing No Man’s Sky and Cyberpunk 2077, they will forever be looked at as disasters for their developers, and a wake-up call to players everywhere not to buy into the hype. And especially not to trust in these companies anymore. 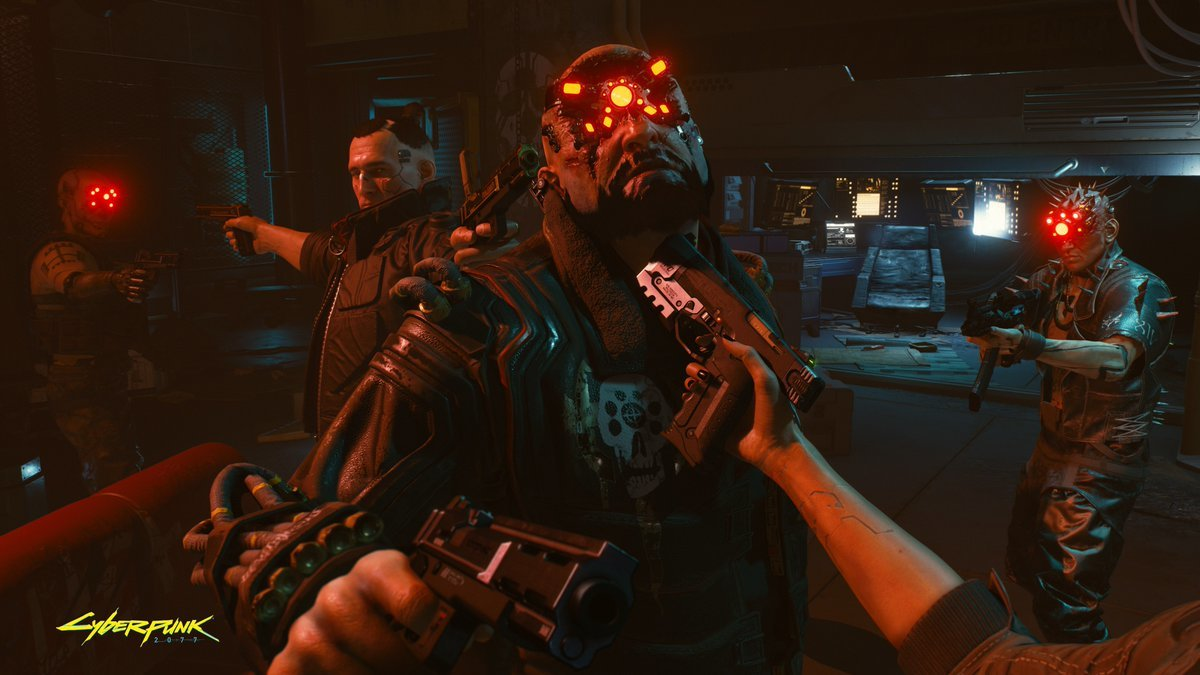 An in-game interaction showcased in a Cyberpunk 2077 game demo.

Despite this, however, there remains an air of hope for others. Hello Games have been salvaging the disaster of No Man’s Sky and turning it around in a way never before seen in the gaming industry. While CD Projekt Red follows as a close second, promising to do better by its employees and fix the game to a more playable state before releasing any new content. Something that’s paid off with a playerbase that still remains, and a load of new fans brought in under the release of the Netflix anime.

Do Hello Games and CD Projekt Red deserve redemption? There is honestly no answer at this moment in time. Only the future can decide if they are deserving. If they continue to support and fix their respective titles and keep releasing their future games as finished and polished products. Then perhaps there is a light at the end of the tunnel for both companies. Indeed, Hello Game’s most recent release – The Last Campfire – was received positively. And many remain cautiously optimistic for the future of CD Projekt Red’s projects.

Ultimately, it’s only time that will tell. But for now, at least they’re mostly on the right path, and those players they lost have shown that they are willing to give a second chance.

Localization: What It Is and How to Do It Right

Writing for the Female Gaze: The Seven Phases of the Perfect Romantic Equation