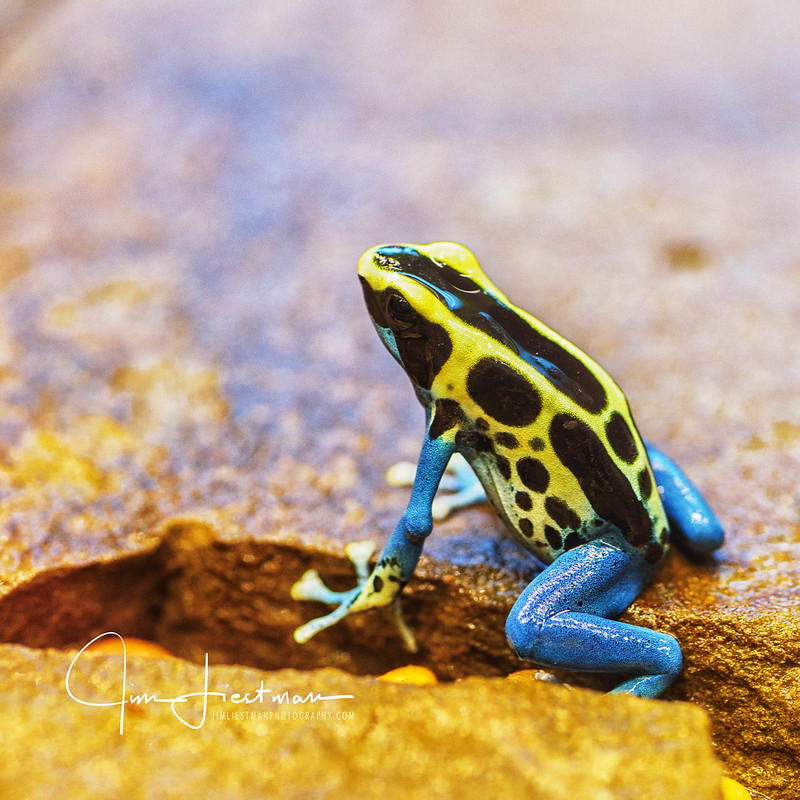 Now more than ever, we need to be conscious of how we treat our environment. When we pollute the environment, it negatively affects other creatures and can drive many to extinction. But how do we know how bad the pollution is? Data shows that Poison Dart frogs are a key indicator in the Amazon to detect pollution. A key indicator species is a creature that is either very sensitive to elements of the environment.

What is a poison dart frog?

A poison dart frog is an amphibian, a frog to be exact. This frog is about the size of a quarter in diameter, including their legs and about as tall as a penny. They come in many different colors and patterns. Most of them have very bright colors, splotched in with black.

They commonly live in rainforests in South America. Since they live in a rainforest, this can be very alarming. Why is it alarming you may ask? Because trees are a natural filter to reduce pollution. If a large rainforest cannot filter out enough of the pollution in the environment, then that means there is an extremely large amount of pollution present.

Poison dart frogs have been shown to be going extinct. The scientists and experts say their widespread deaths could be an indication of massive amounts of pollution. The rainforest is the second largest oxygen producer in the world. Tadpoles eat extremely large amounts of algae, which would cause lake atrophy (dead lake) if the algae overproduce. It is also a large indication of world over pollution when the areas not being directly polluted are dying of pollution. If those areas are bad, then the areas around the pollution are worse.

Poison dart frogs are able to be key indicators for pollution because they:

How do I reduce the amount of pollution I produce?

Here are some ways to pollute less:

Photos are from creative commons. No copywrite infringement intended. All ownership of photos go to their respectful owners. The author of the blog assumes no ownership over any of the used images.

UX and Addictive Devices: Devices for the Humans Not Humans for the Devices